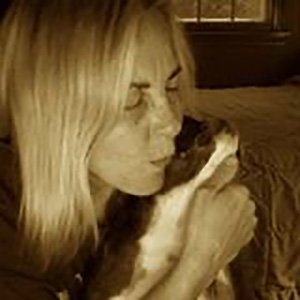 Cheers to all Bulldog admirers and owners. This yank was directing a play this fall and life sort of got-in-the-way, so I was on a hiatus of sorts. Well, I have been asked to continue to blog and of course graciously accepted.

I am committing to write at least one blog per month month but hope I can do at least four. On my last blog about The Olde English Bulldog, I said the next would be about The Victorian Bulldog. Well here goes…. 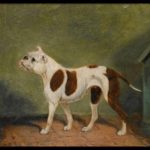 The Original Bulldog, more commonly known to us as The English Bulldog, can suffer from numerous medical conditions due in part to interbreeding to attain the look so many love—the pushed in snout, the wrinkles, the short legs to give them their stout appearance.

Pushed-nosed breeds or brachiocephalic breeds such as the Pug, the Boston Terrier, The French & English Bulldogs, have a shorter trachea and hence can have breathing problems--especially in excessive heat. English Bulldogs can also be troubled by soft pallets, heart problems, cancer and require assistance when birthing via Caesarean section. 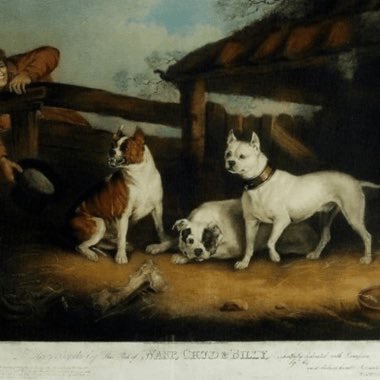 Additionally, the excessive facial folds on English Bulldogs can be the perfect environment for bacterial and fungal infections if these folds are not cleaned on a weekly basis.

The original Victorian Bulldog was taller and had less of a pushed-in snout. Troubled by what he saw happening to the English Bulldog and the host of medical issues, Ken Mollett decided to hybridize a few breeds to come up with a dog closer in appearance to the original Victorian Bulldog. He did this by crossing the Staffordshire Bull Terrier, with Bull Mastiffs, Bull Terriers and English Bulldogs.

The Mollett Victorian Bulldog looks more like an American Bulldog only shorter in stature and smaller in size. They are of course taller and sleeker than our beloved English Bulldogs. 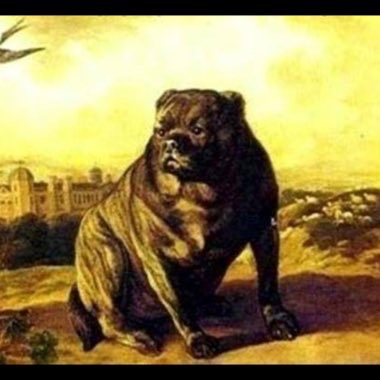 The new version of the Victorian Bulldog is healthier, with less skin infections and can breathe much better in the heat. They are a bit taller and leaner and are not as prone to heart conditions or cancer.

I will always love the English Bulldog and they will always hold a special place in my heart. But if we could build a better pup with less health concerns, then it is better for the dog. Bring on the newly redesigned Victorian Bulldog. Tata for now….

Things About the Victorian Bulldog

I want too do my bit maybe you could help ?

This Gentleman from England spent his funds on a wonderful idea that would one day be passed on to he’s siblings, this selfless act happens all the time yet I’m to see the extent a father has gone through as Eiffion the owner has here.

For years now English Bulldogs have had a tough time, stigma about health bad breeding practices and greed have all helped to a non conducive view of the breed yet one man shines the light for bulldogs worldwide with his own love for this beautiful breed.

I Did not think until I saw my own picture on the homepage, this man is selfless humble and for the past 12 years has been single handed in promoting collectibulldogs when all he needs for a successful startup is some interested parties sharing the content using hashtags (#COLLECTIBULLDOGS) leaving comments and social sharing.

I Wynne am asking all those that believe in me to believe in The website and offer support as it’s not every day someone comes along and gives you such a stage as to present from, my Breed articles will compliment Eiffion’s collection and as I only have real doggies at home we can use the websites pictures just to illustrate any points.

Lastly. Let’s do this

Due to a very bad year I’m going to try very hard to urge readers to help with impressions I’ll be writing whilst Eiffion takes a break to spend time with his new baby girl and wish to help promote on his behalf.

I love the website if you do too there’s a trustpilot widget on the homepage, Eiffion’s designer has added new social sharing features and I’ve used these myself it’s so easy, there’s no profit no bragging rights just one mans dream to create the worlds first bulldog memorabilia museum NO THATS PASSION.

With your help we could launch collectibulldogs we could get the pages onto lots of social media formats and then they will have to take the website more seriously, be kind to one another over the festive season and it this is to be my last article of 2019 then MERRY CHRISTMAS AND A HAPPY NEW YEAR 🥳