Royal Doulton verses royal Copenhagen it’s a bit like top trumps a bit of fun, some maybe bias due to their nationality others maybe collectors of either but there’s no denying each has contributed beautifully made ceramics which are now prized collectibles world wide. 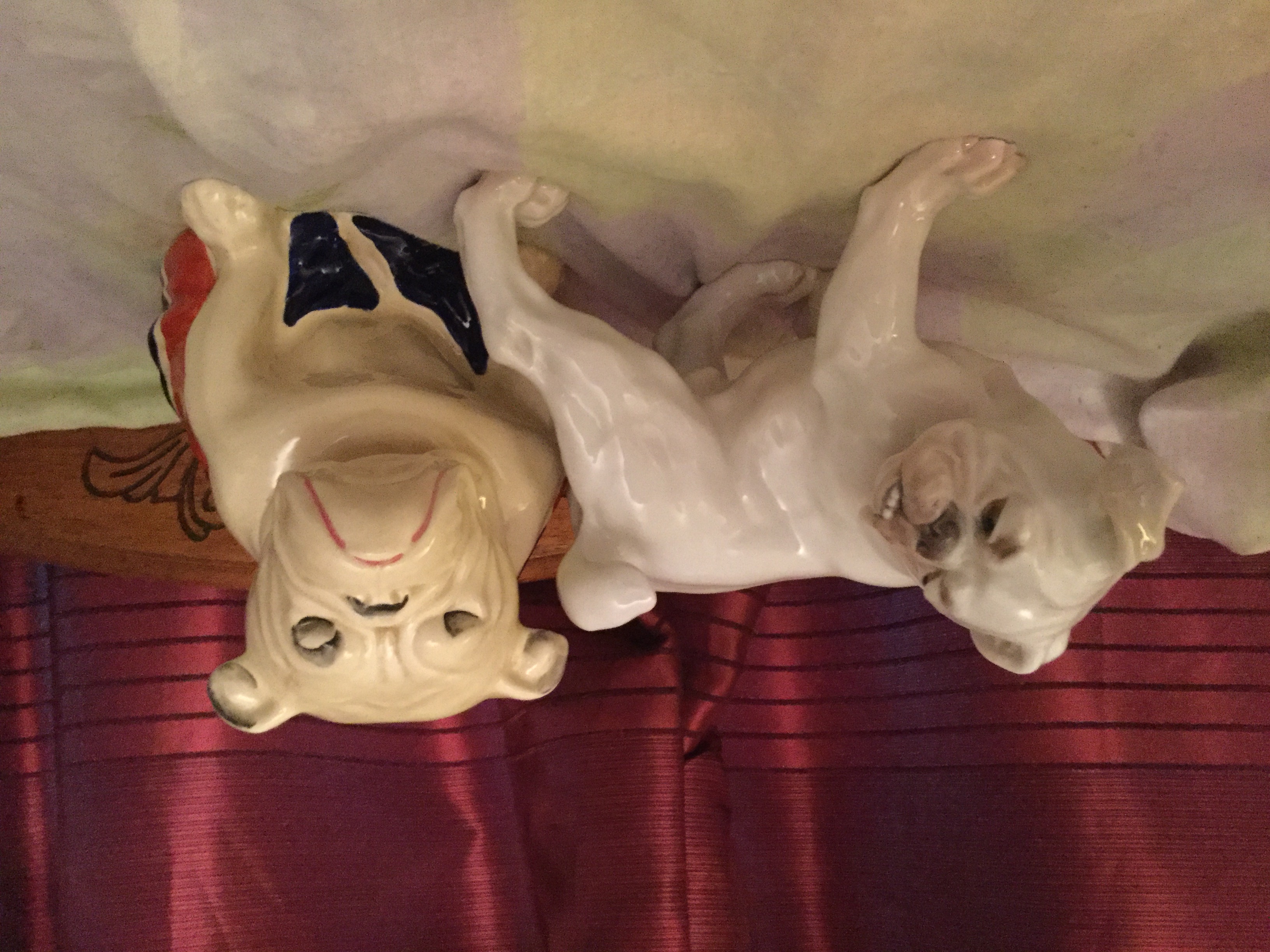 I have made this blog article as fair as possible Royal Doulton have many more pieces that I could show but will leave links to relatable topics like The difference between Doulton buyers and Bulldoggers and there’s also a blog article I did on the Jack piece in James Bond Sky falls jack Both are Doulton related. 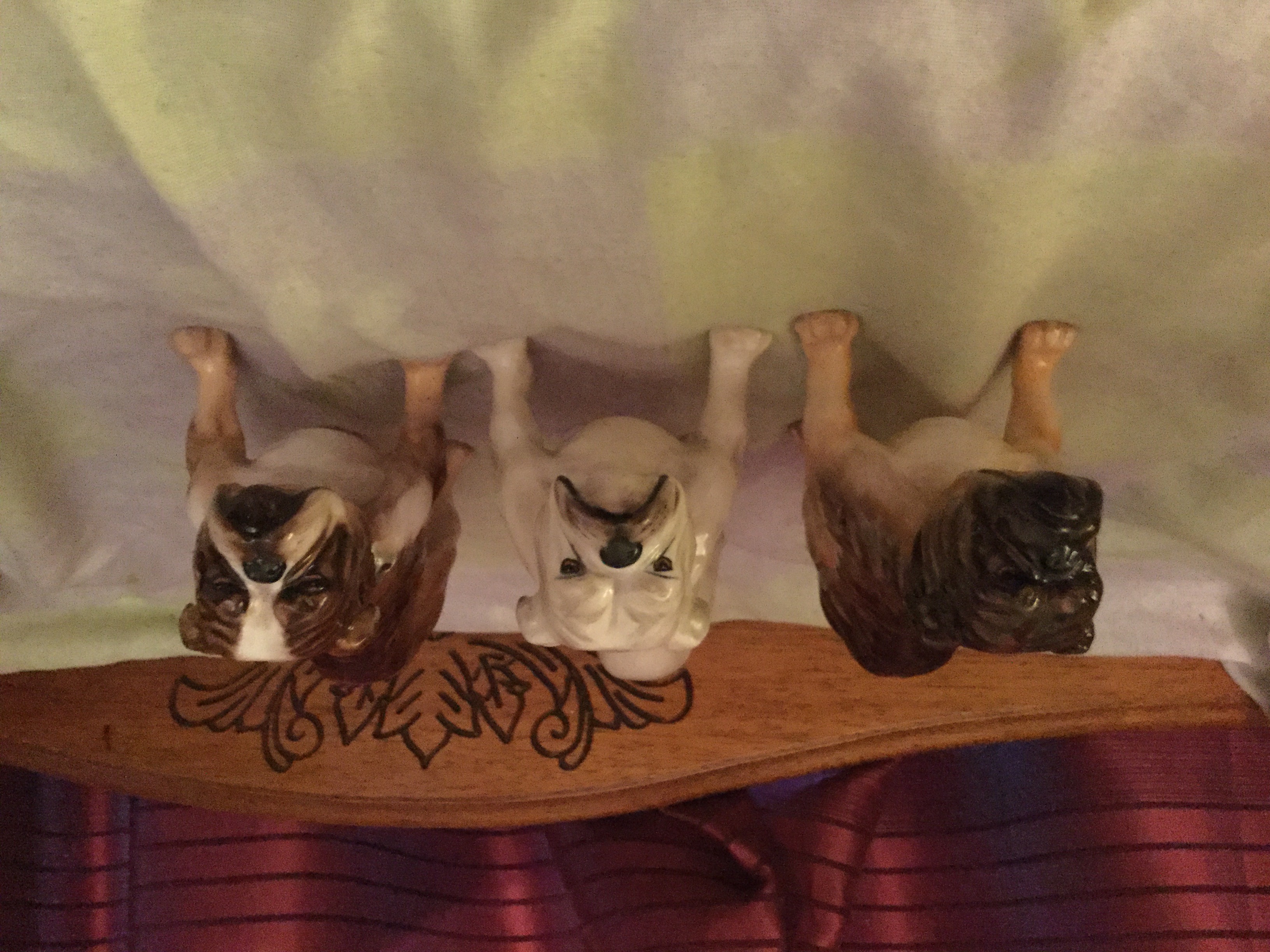 Take a minute to look at the pieces in the pictures then pop back, Great stuff now did you notice one major difference, it seems that the Doulton pieces are all very reminiscent of each other there are not many variations to the statues form. It’s easy to see that this is not the case for Royal Copenhagen, even though both makers have their pieces sitting or standing its the Copenhagen figurines that have the advantage of variation.

In the defence of Royal Doulton the bulldog became the symbol of British stubbornness to succumb the pressures of the enemy in WW2 and bulldog figurines became popular and sought after even though Doulton were still making other top quality pieces and not just figurines either. I think the model has done so well with 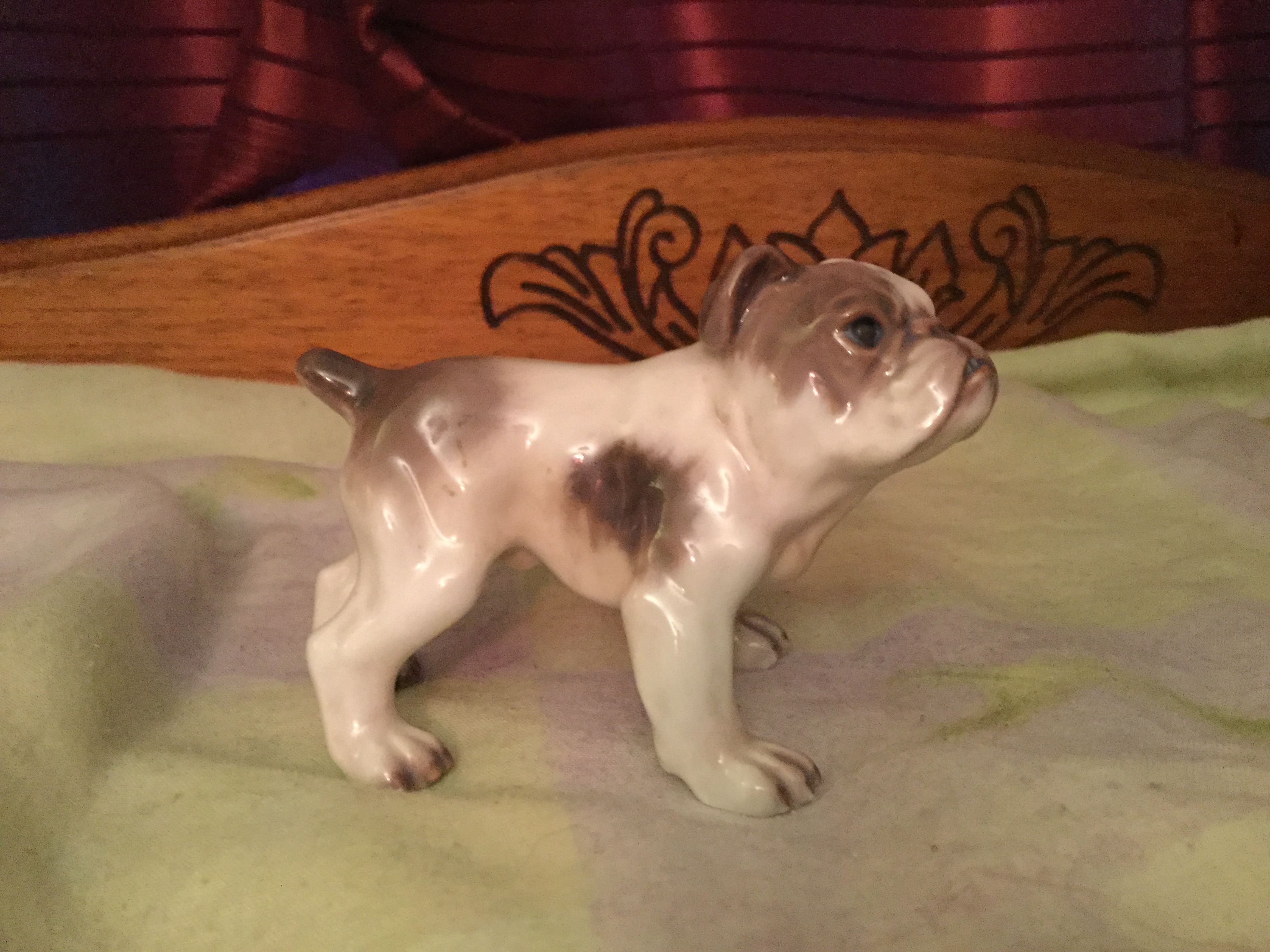 Using more of my own experience here I have noticed there are many more Royal Doulton pieces to be found than there are with Royal Copenhagen, there could be many reasons for this i.e. Royal Doulton made a big presence during and after WW2 and maybe bulldogs were not as popular in some of Europes countries as say Austria and Germany.

I have some pieces from Royal Copenhagen as there is a few but it’s the expense that stops me fulfilling my dream of owning some I do not have and others are so extravagant that I’m not sure they would bring back any investment.

That’s the problem with quality and these two manufactures were at the top of their game so it’s not surprising you need a fat wallet when buying either maker, I know that Royal Doulton or their enthusiasts bring out price guide books yet I’m not sure if the other does the same and I often wonder where Ebay sellers get their prices from.

Vs 3 prices and investment

It’s been documented that when I first started collecting I did not have a passion for Royal Doulton I did not know the variations and as a beginner collecting I was bored with seeing many a piece (not just Doulton) with the flag adorning the dogs back. I love my country don’t get me wrong but when you get multiple makers doing their own styles it got a bit tedious. 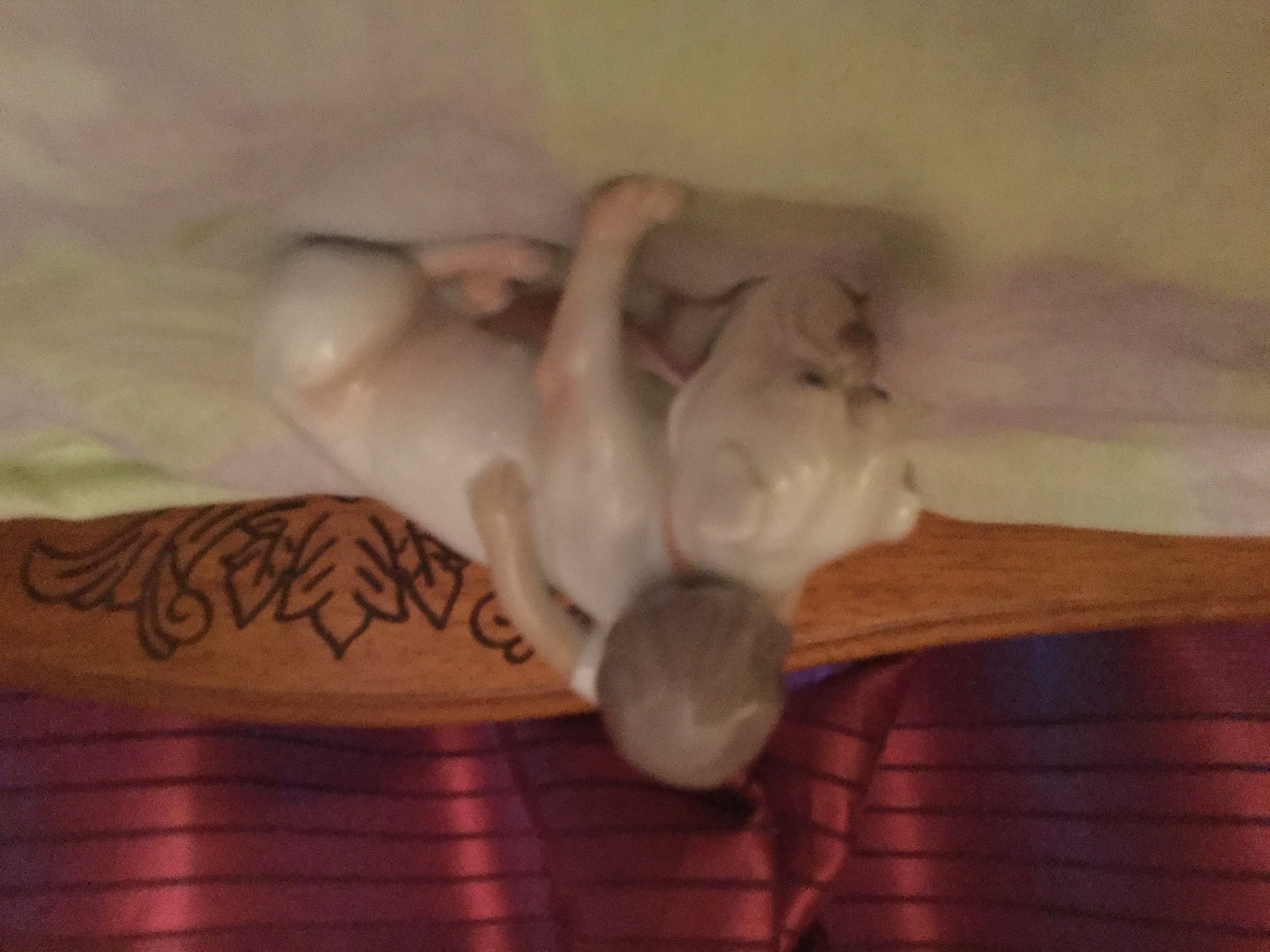 This was until I read up on Doultons history and the passion of the artists from the 1900s to 1956 not just in keeping with the style of the original used but the concepts created and the fact so many were designed you can effectively have a collection of just Royal Doulton just like a collector friend I know.

Pricing is easy for the Doulton you can pick up the latest pricing guide but be prepared for a bit of a shock you might find that the latest pieces are very affordable but the further back you go and the rarity of pieces means you are looking at thousands of pounds each or for sets that come in threes. Auction prices can differ to private sales I got most of mine through a contact which is lucky as I couldn’t afford the variety we have now otherwise. 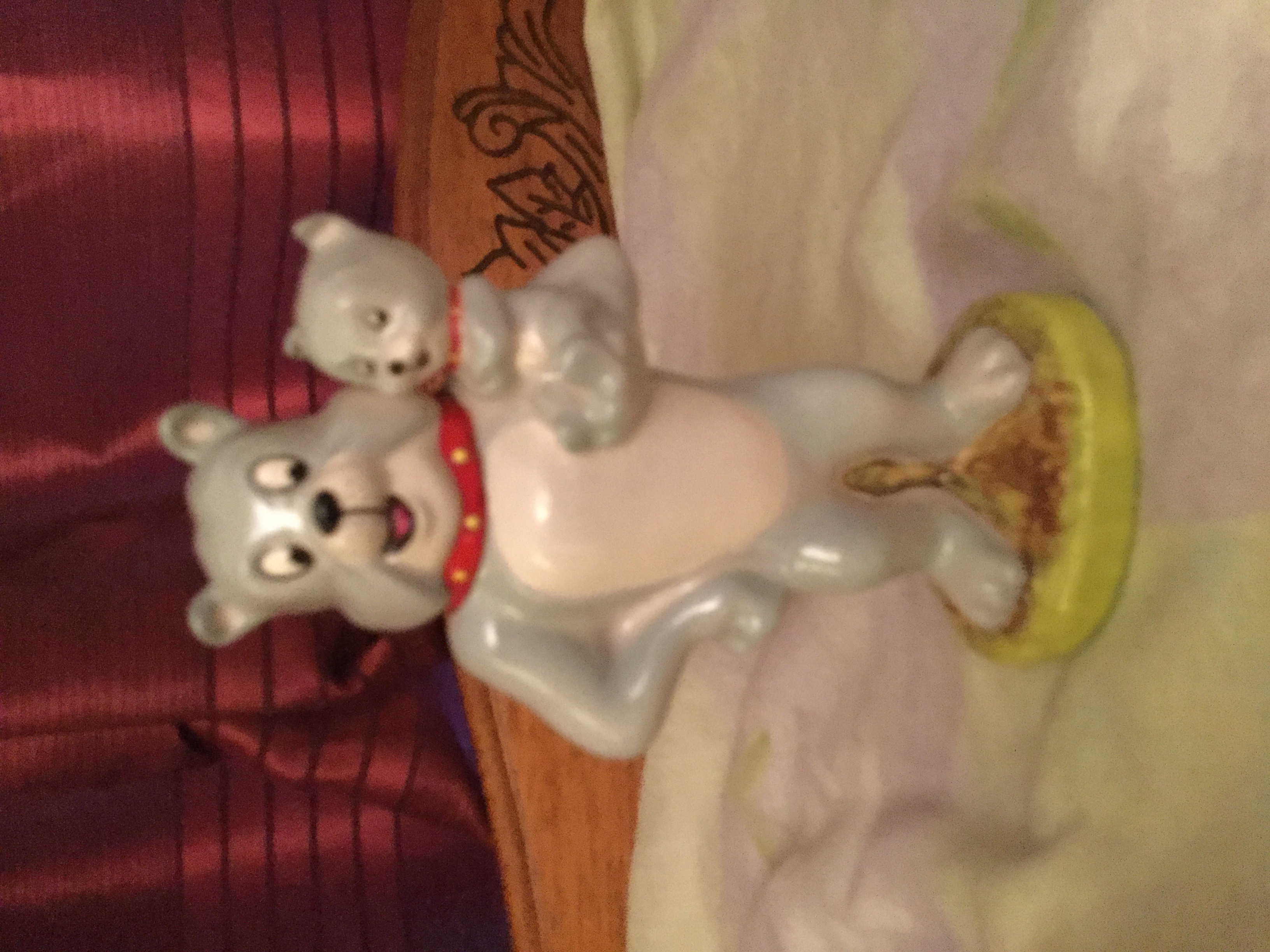 Royal Copenhagen bulldog figurines are not cheap either, they may not be up there with most of The other makers prices for the high end pieces but your still looking at hundreds of pounds for some of them, I started with Dahl Jensen and bing and grondahl first as those seem to be the cheapest of the pieces the others I now have needed saving for.

I’ve seen another two or three pieces I would like to add in future but with the new website paid for and other financial commitments they will just have to be little pipe dreams or as I call them future goals.

Until after the Second World War finished Royal Doulton used patriotic colours for obvious reasons and then went on trying new colourations which can be found if your lucky enough. The other colours different to the red,white,and blue are rarer and as the bulldog collectors market declined so did Royal Doulton with its figurines. 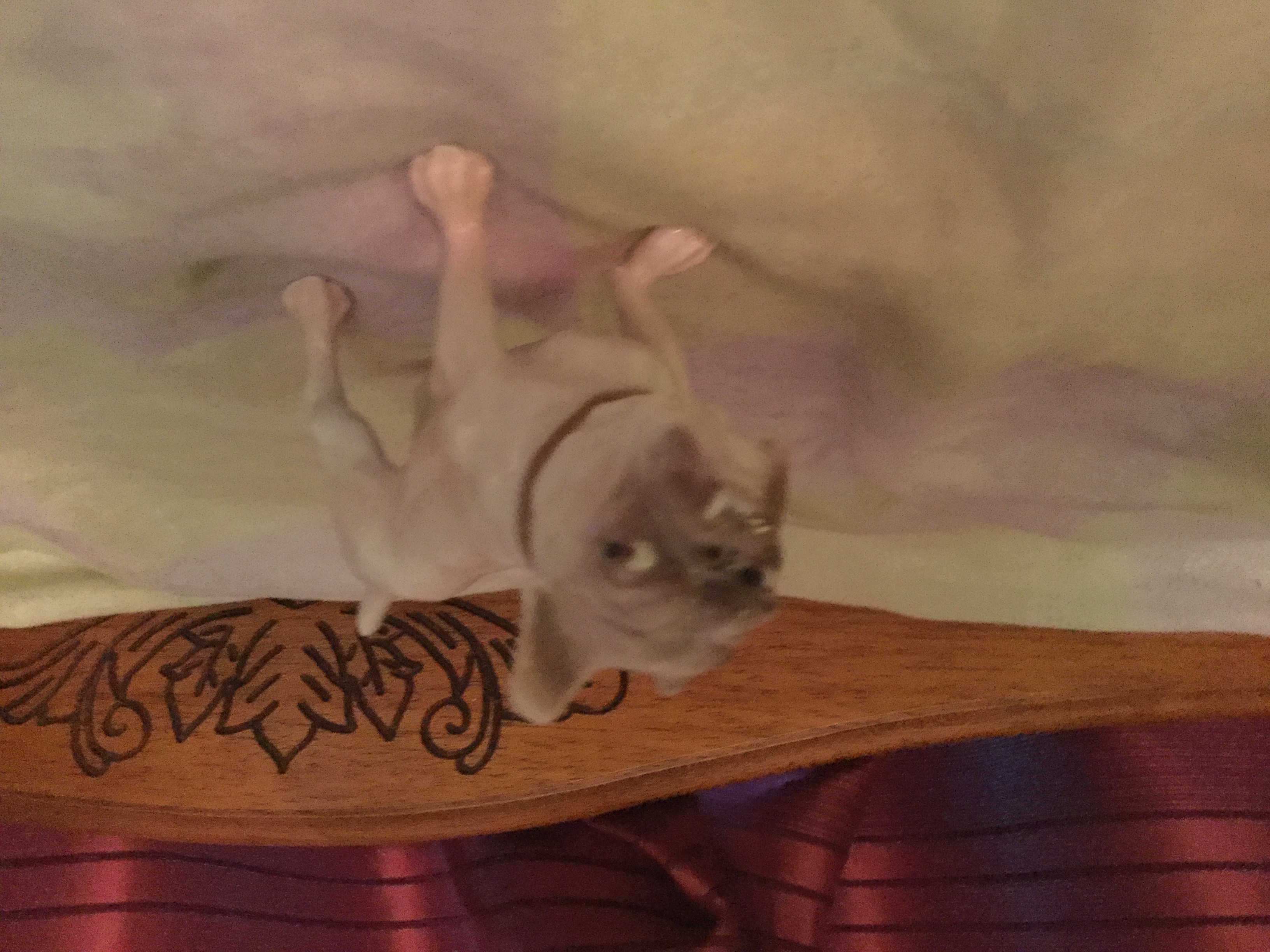 The last main figurine a oversized large standing bulldog was made in 1956 and then nothing again until 2005. There have been cheaper versions since but they are now mass produced and made in Taiwan and I know some others under the name of Doulton were commissioned to be made by uk ceramics.

Most of Royal Doulton pieces now have a theme to them there’s a set with different countries flags and another set aimed at the uk with different English themed images on them and I believe most are after the piece with Australian flag on he seems to be the most elusive to find. 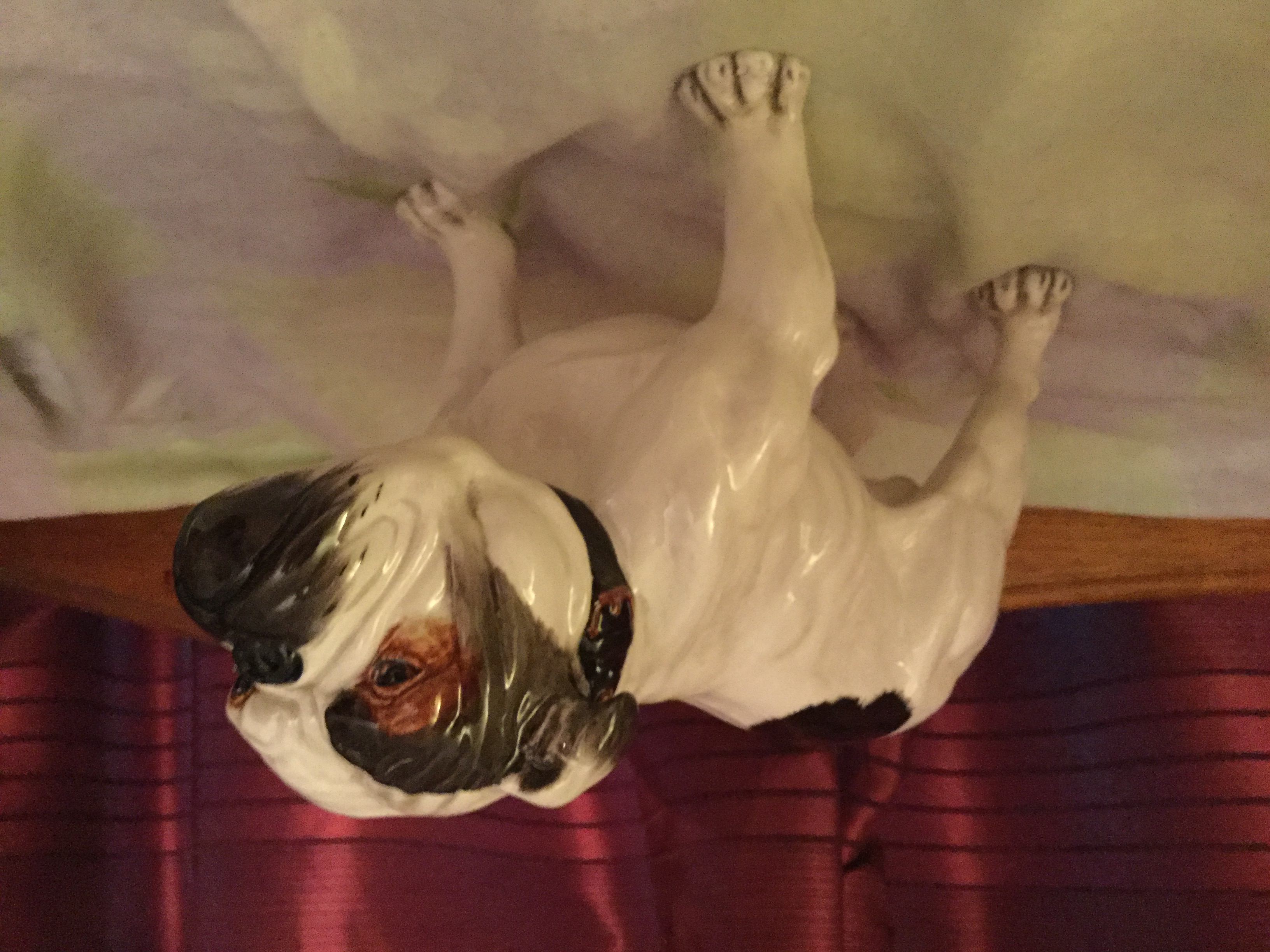 Both of these makers can often be found on popular auction sites there’s a lot of sellers that would want book prices for their pieces and sets are quite expensive, there is nothing wrong with this it keeps the prices steady and sort of  self regulates 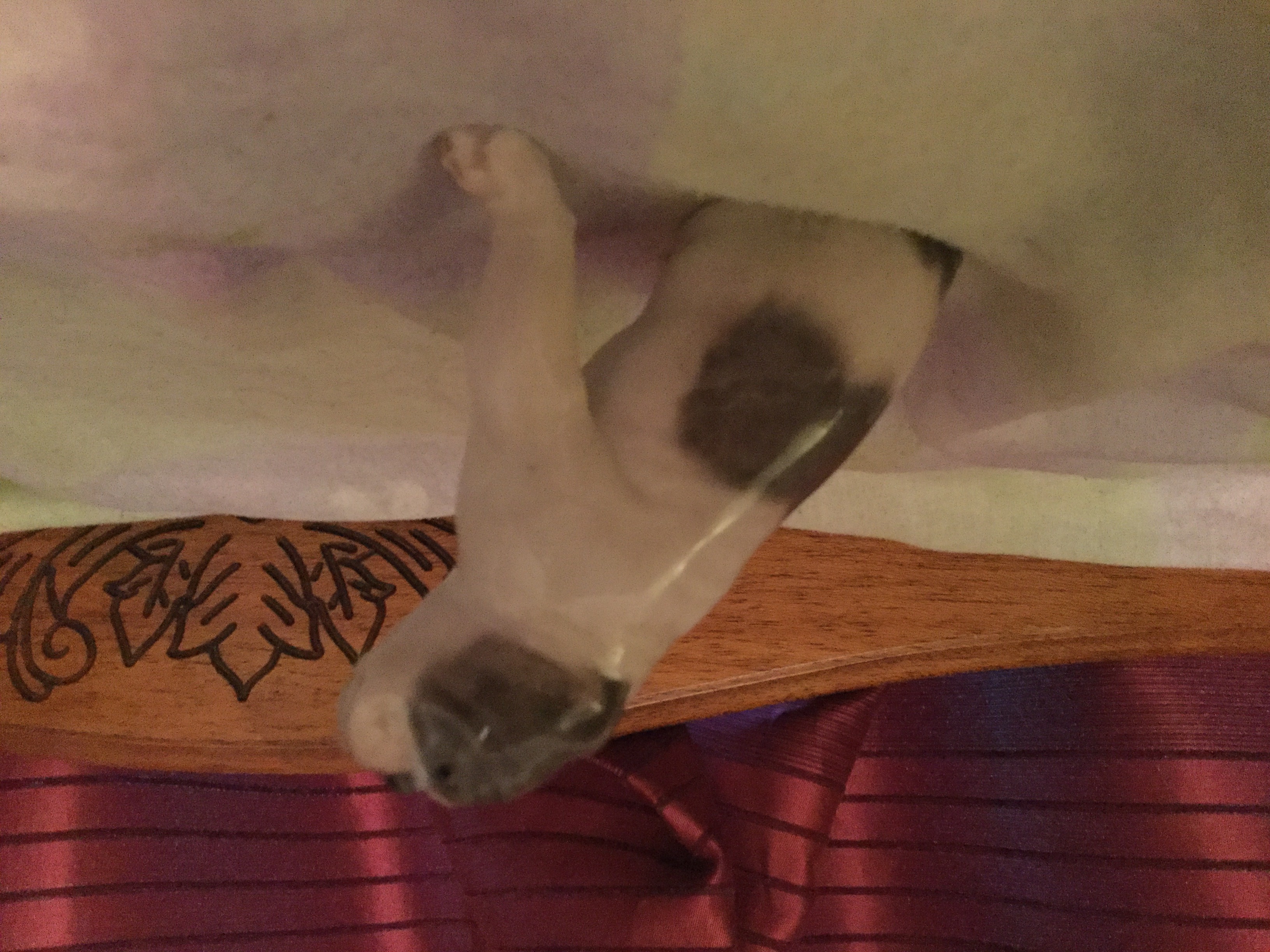 One of my favourite pieces Royal Copenhagen

the supply and demand. As stated I’m not sure if Royal Copenhagen has its own book price on its pieces so I’m not sure how prices are found for these.

A suggestion I have if you want to save money is try and find Doulton dealers join Doulton groups and when researching look for smaller antiques outlets that will not mind you haggling a price if you honest and open to the seller, this approach has worked in my favour before and my Best Buy was la large seated flambé Royal Doulton and I bought it for one hundred and twenty English pounds.

The seller was very generous at that price and you may not get one as cheap but this way seems cheaper than those popular auction sites where many a bidder could be firing up the cost with their desire to own the piece. 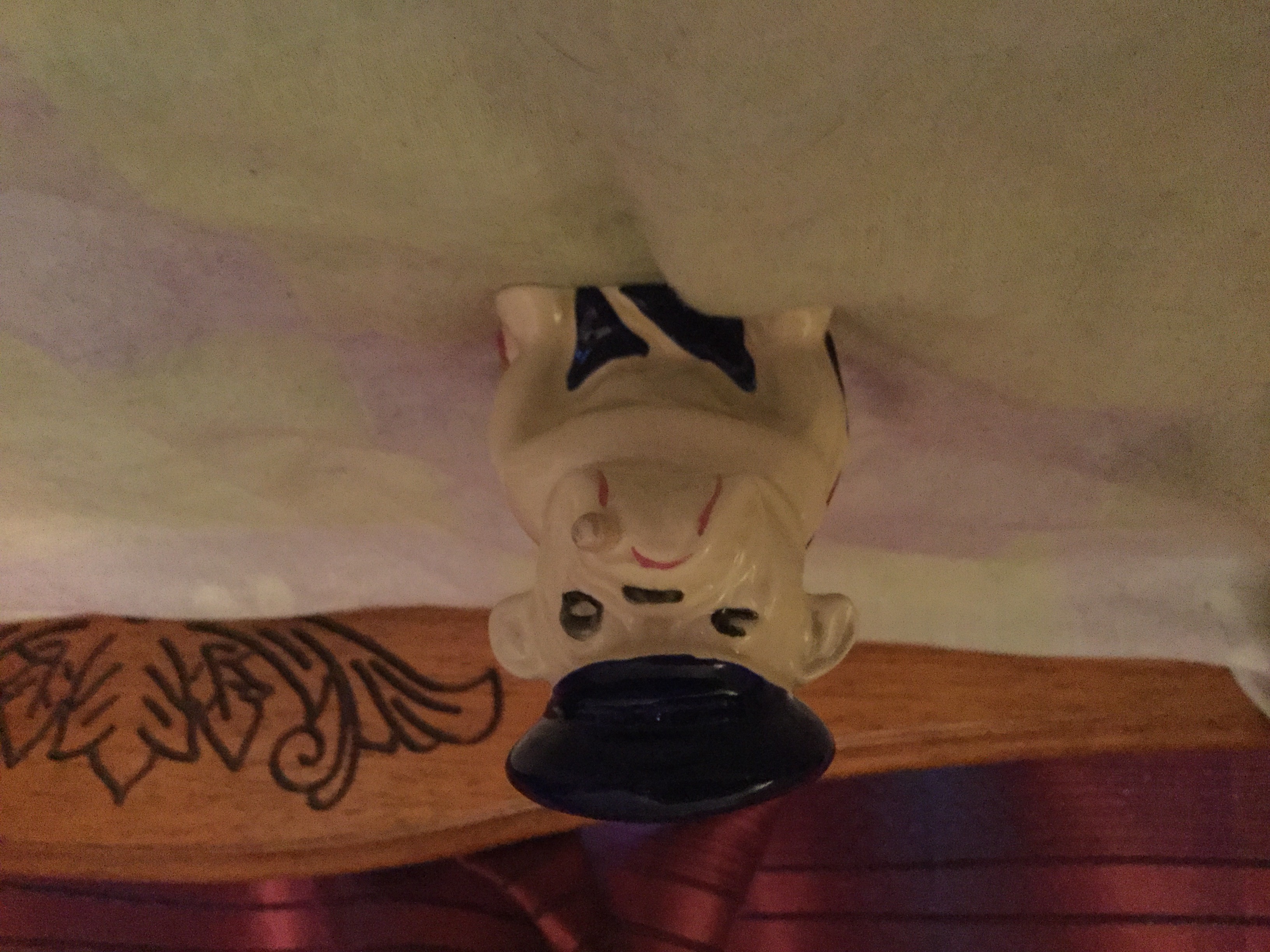 Do you have a favourite

With the picture content as a guide to the differences of each manufacturer both clearly with their differences do you have a favourite choice? Do you prefer the traditional red, white, and blue of the English Doulton or have you gone for the more subtle colours of the Copenhagen pieces which also have the better of the form as in different versions. 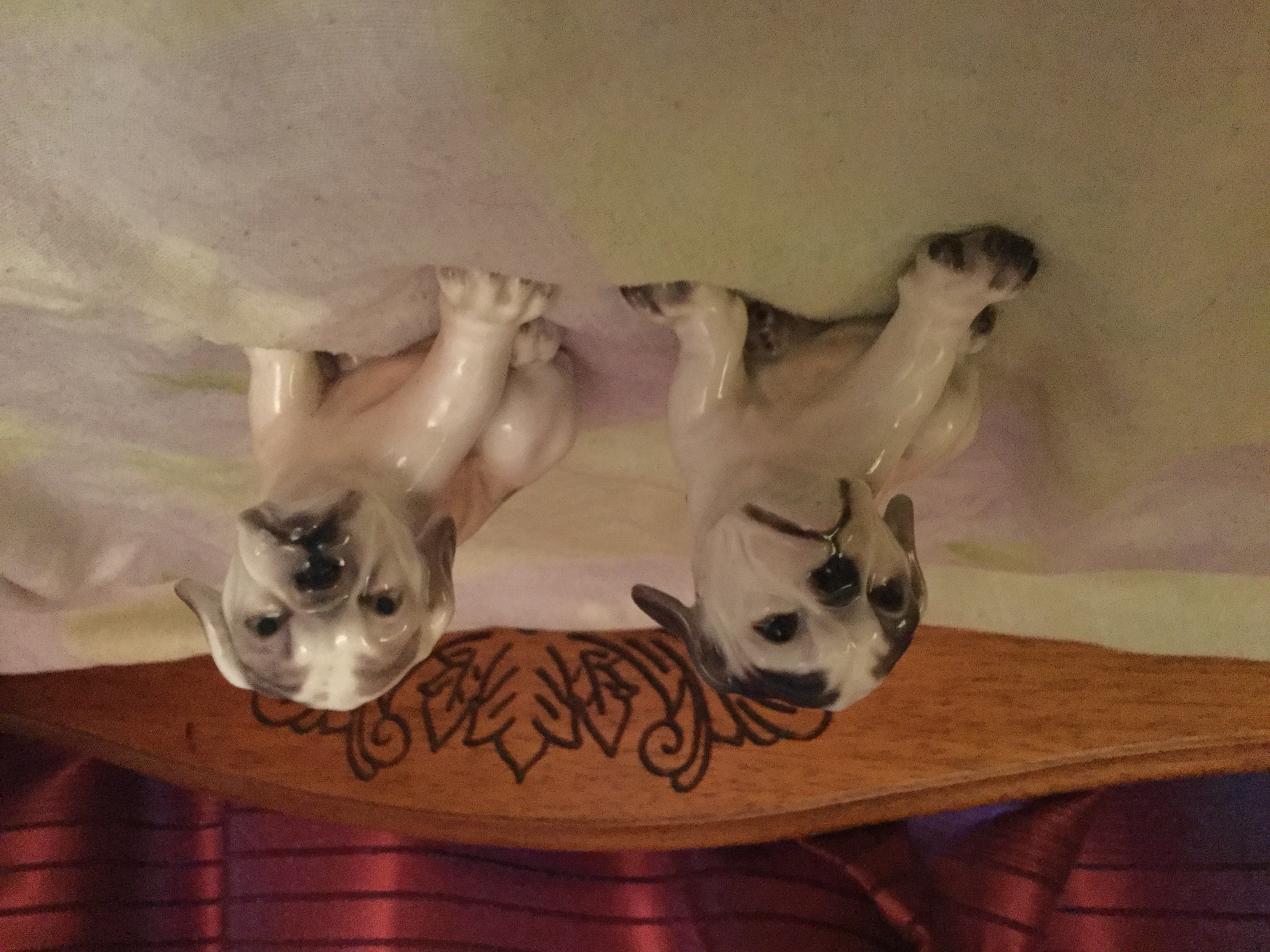 whichever your choice both of these makers deserve top spots for their ceramic mastery, wether it be guest artists or in house artists there’s no getting away from the fact that they new their craft.

If you like these please check out Ceramic pieces where you will find hundreds of pieces found from around the world, and until next time folks stay good stay safe and happy collecting 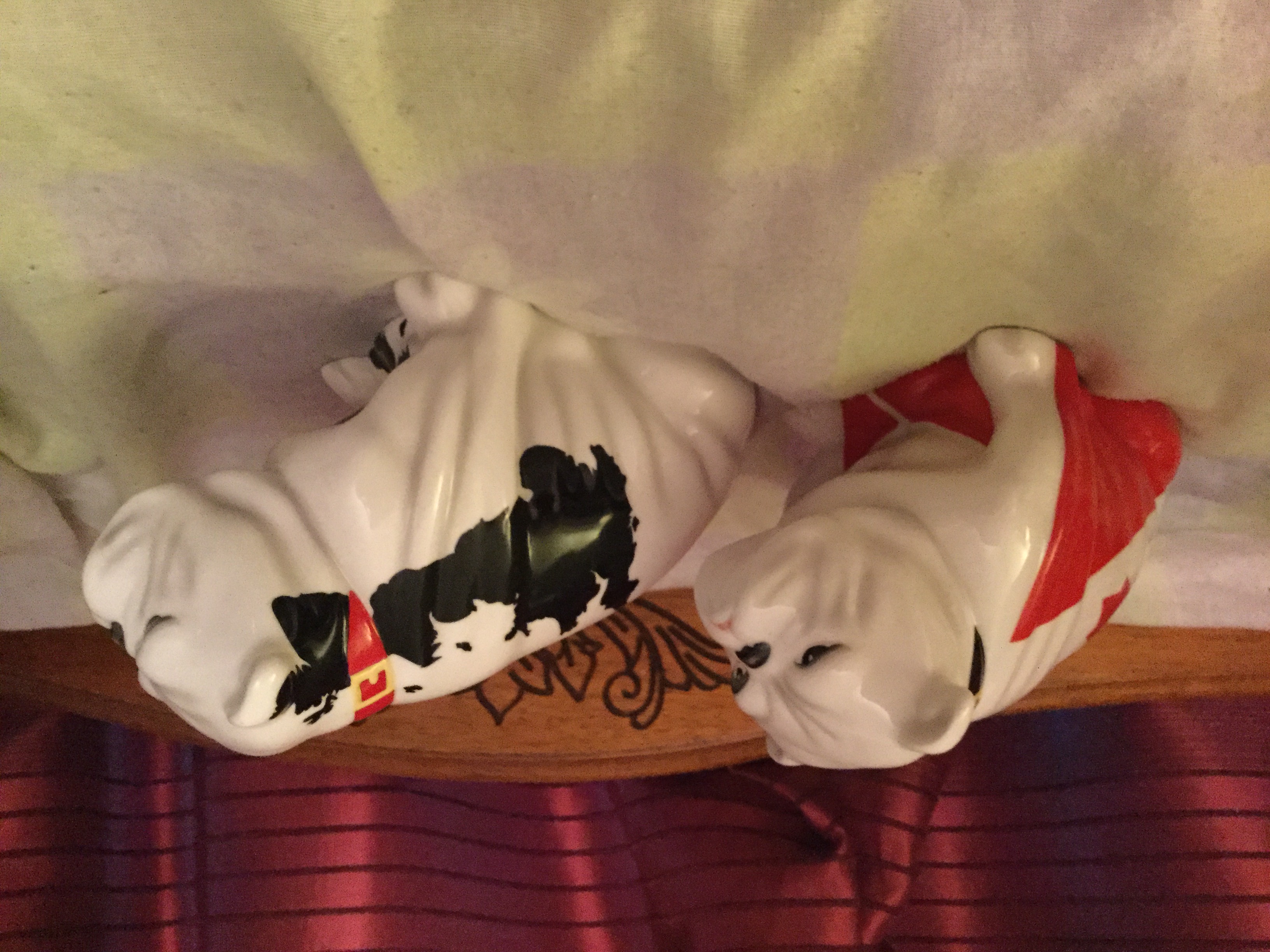