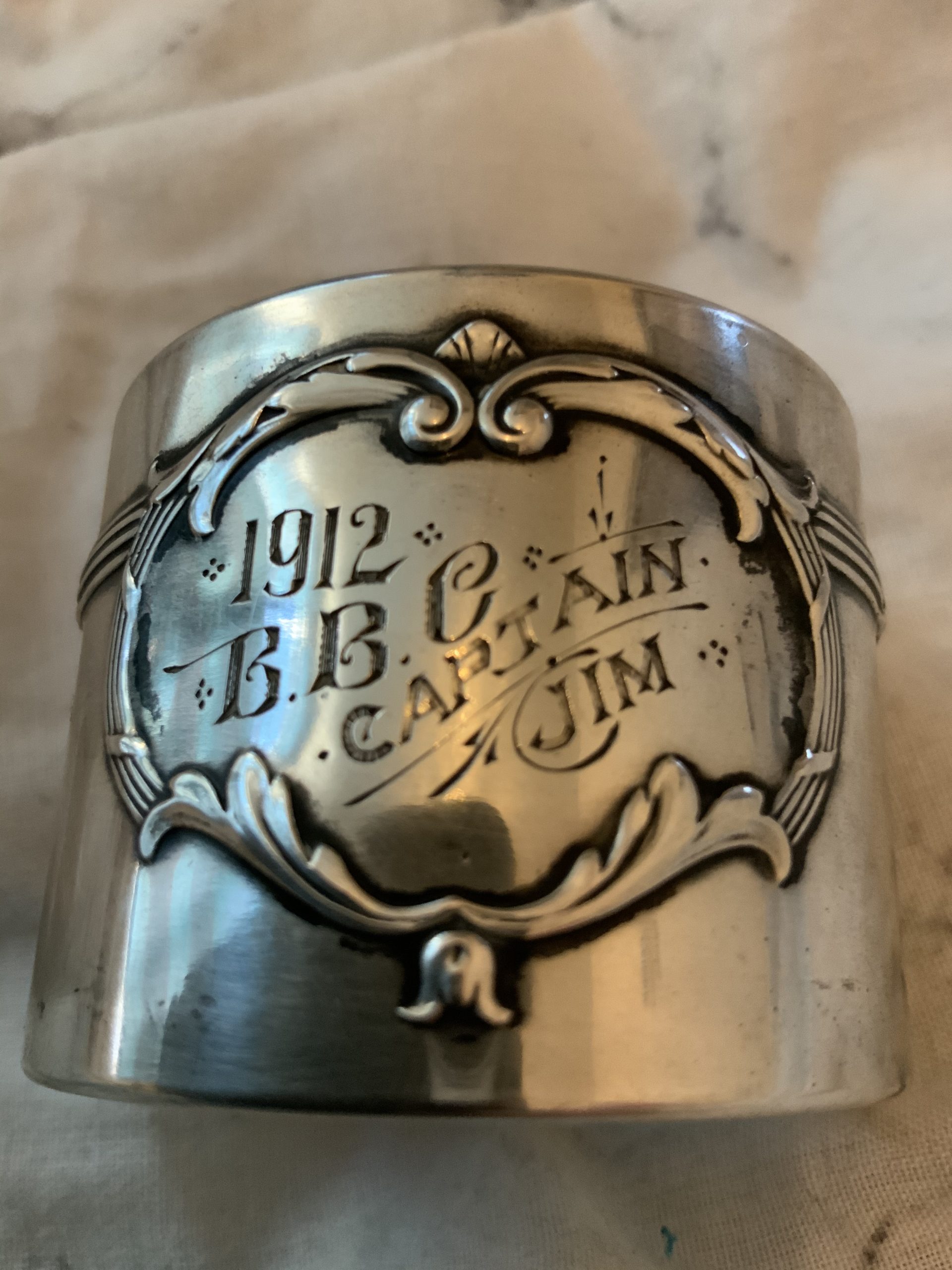 Hi readers, I have to say I love my wife especially when this lovely lady surprises me and nothing could be more surprising than this a Bulldog club founding members napkin ring made from continental silver.

i had my suspicions at first about the authenticity of this antique but research has been done and it’s true Jim piddocke whom was married to Adelaide piddocke was actually among the founding members of the first English bulldog club.

pieces are slowly coming together to form a picture of the first bulldog club in the UK and collectibulldogs sees this piece of bulldog history just as important to the collection as the rules of association is or the BULLDOG BIBLE. 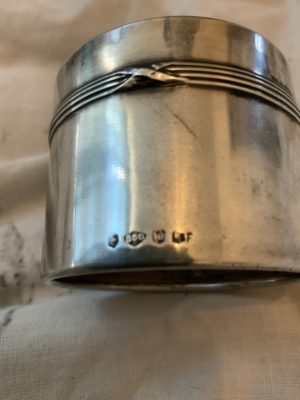 To own a piece of history that’s not just club related is exciting yes it’s just a napkin ring but to think that Mr piddocke owned it and now we do is boosting the want to add better pieces to the growing collectibulldogs collection. 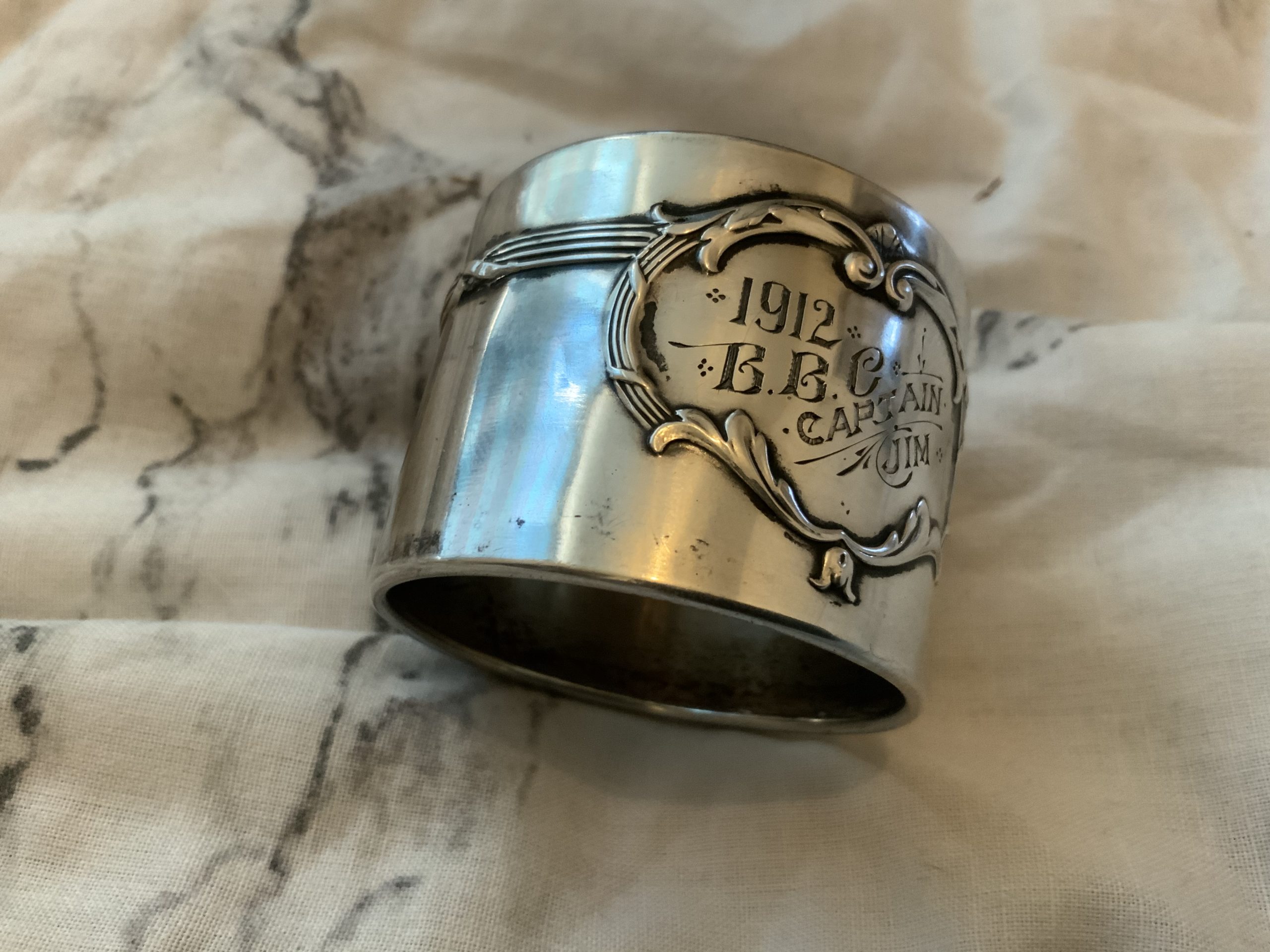 Research shows that Mr Piddocke was a fancier of mastiffs first before hitting the bulldog scene yet as a member of the gentry he was known across the land and was among these others to start the bulldog club, we will cover a special article on why the bulldog club was formed but for now let’s enjoy this piece of English history

Capt. J. L. Piddocke and Messrs. R. J. Hartley, H. Shaw, I. N. Woodiwiss, J. T. Reid, G. G. Tod, F. H. Bowers, A. Jackson, W. H. Fortescue, and A. Hardcastle, have also held the office of Vice-President for the bulldog club too and all can be found if researched

It is said these new founding members all met in an inn in Manchester to form the club Bute the date conflicts with the 1875 date that the club actually formed, we read that the first club formed itself in 1892 buy this must be incorrect as collectibulldogs owns silver medals that pre date this. 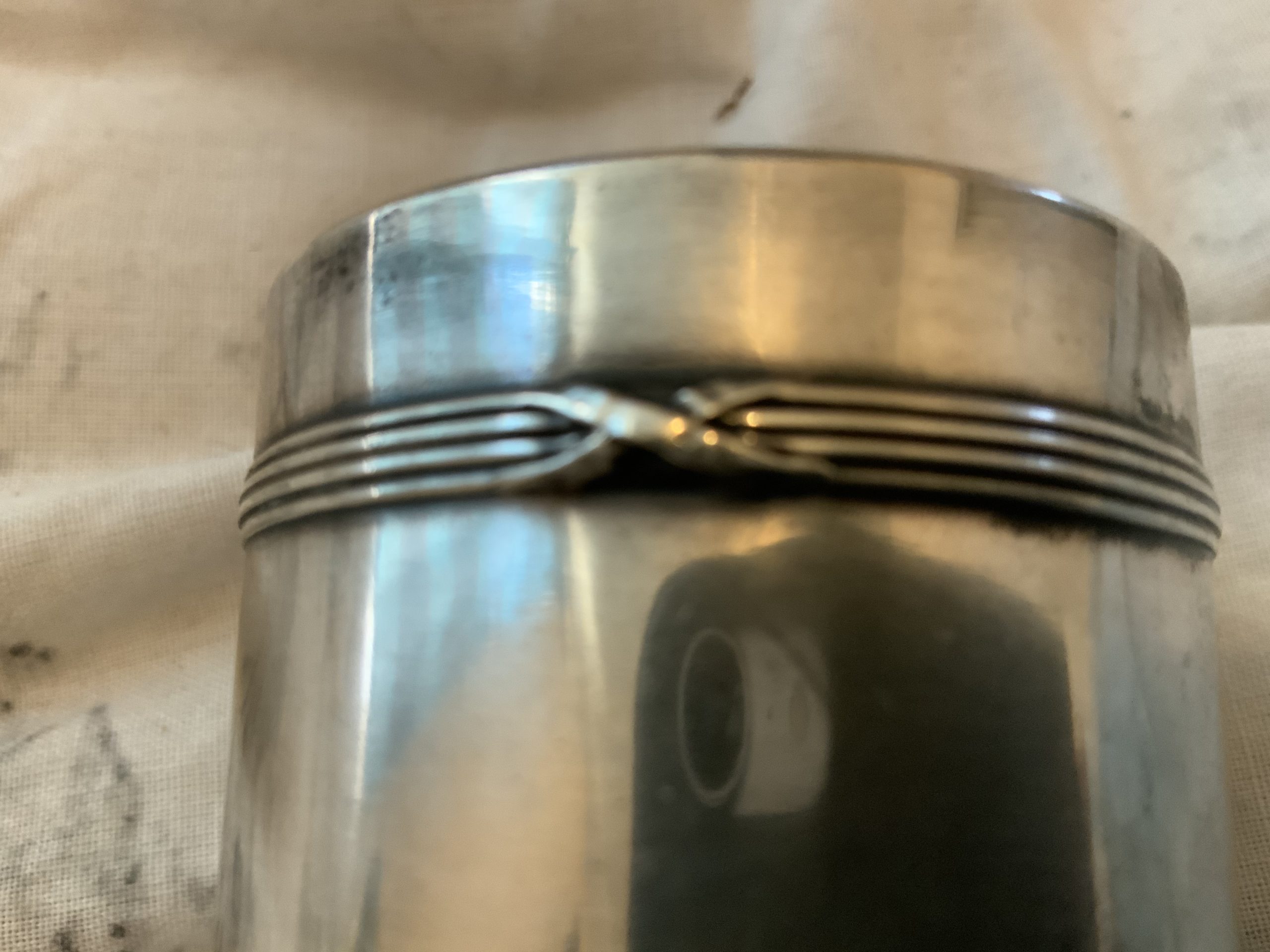 Not much detail to this piece unfortunately

When we wrote The Bulldog Spirit a friendly explanation it was to tell the story of that myth that so Winston Churchill owned Bulldogs yet it was not the case and in the article we explain how the top gentry were back in their day massive breeders and dog lovers yet captain Jim brings more to the table.

You do not get given the title as captain without earning it so long before any of this Bulldog club founding members napkin ring content we found out Jim whom was actually called John Piddocke, So he was a captain in the Herefordshire guard and part owned a solicitors company with a gentleman called Henry Minett.

unfortunately mr Jim piddocke died in the year of 1904 he had left behind he’s family and champion winning bulldogs, Adelaide Piddocke was seen attending the crufts show the same year but not to continue her husband’s love of dogs but to sell on these prize winning creatures.

With the solicitors firm calling for bankruptcy mrs Piddocke struggled to keep the estate going so not just losing her husband she had to sell his dogs and the name Piddocke started dying out among fancier circles yet whilst this man was alive he was as popular as any billionaire today, there’s proof a cup was named after mr Piddocke but in the days of guineas, I’m not sure if the bulldog club still gives out this trophy we will have to check.

Collectibulldogs has A plethora of silverware from the English bulldog club so we think Bulldog club founding members napkin ring was actually won or gifted to mr Captain Piddocke and here’s why ! The bulldog club has always had its own bulldog club bulldog head logo especially after the 1900s and if you see this napkin ring you’ll just see inscribing.

Another giveaway is the markings the silver content is that of Continental silver at eight hundred instead of the sterling 925 amount ? Now there was no shortage of silver as a commodity at the time so either someone not from the UK had it made as a gift but the date could mean a win.

When a medal is Written or inscribed the date is usually when a win had taken place the only issue with this piece is says 1912 ! This brings up a question or two, normally there is more to go on but this piece leaves us guessing! 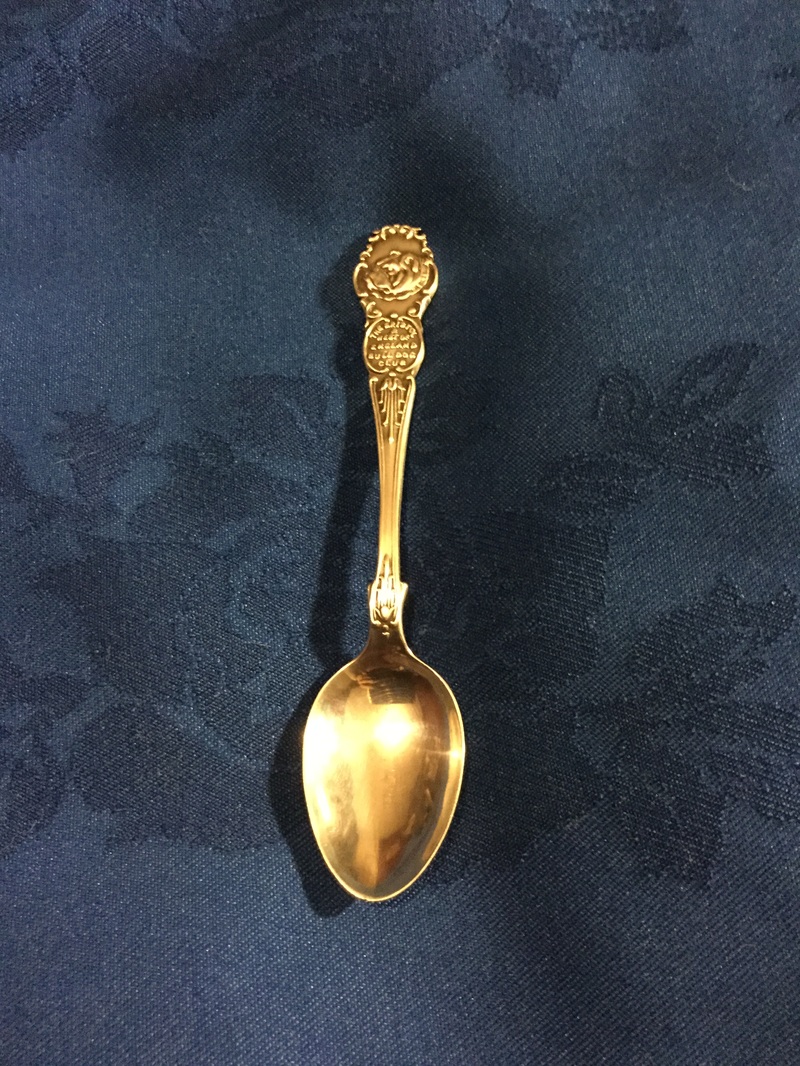 With the research being of different content from reputable online sources we at collectibulldogs like to look at all angles so the facts get covered ! It was stated that mr Piddocke stock of bulldogs were sold after his passing so who’s to say a captain Jim was not a bulldog named after the man himself and won the napkin ring in a show abroad.

Collectibulldogs’s is lucky in the fact we know many from bulldog clubs so can chase up wether There was a bulldog in 1912 with the same name when researched all we seem to get Australian football teams so it will have to stay a conundrum until more data can be pulled.

Hallmarks that look french no bulldog info other than the BBC part and the name, eight hundred in silver content  is not the weight the bulldog club used so was this piece a napkin ring that once belonged to the English bulldog clubs founding member or won by a bulldog sharing the same name ?

It’s either a bit of a mystery or the 1912 date means it belonged to a winning dog as it’s stated captain Piddocke died in 1904 again it’s unregulated research so could be conflicting!  Either way it’s the most unique of the silver from the British bulldog club and once polished will take pride of place among the rest.

Lastly ! Collectibulldogs is on the move

Snapping it then packing it was a hard time for this collector on the upside there’s brilliant new photos on the websites rotating gallery but on the downside I had to pack away collectibulldogs and it all now stands in crates.

we are moving to a new bigger home soon with a new baby we need more space and found a quant little apartment with a back garden big enough to enjoy the summer put out some toys and even get another dog !

The other great thing about the move is the space to be able to display the collection again I’m so excited this means I’ll have the collection around me and inspiring articles that represent the antiques we have and not just blog about life as I have been.

With just a few weeks to go I look forward to awaking in a new home grabbing a cuppa tea and sitting outside on the patio, I’m not caring that it’s January I’ve never had this experience and look forward to a new kind of life here, the collecting will have to step up a gear now as I have two daughters now to leave all this too.